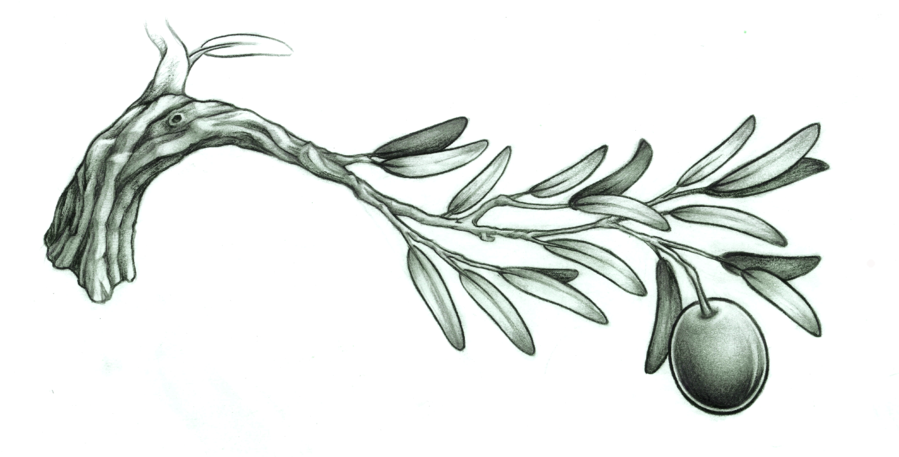 …but not both In America (and around the world really) we are being inundated with supposedly wise ideas and anecdotes that are sometimes true, but often times are not.  Case in point… “You have to learn to forgive yourself.” Now, on the surface this looks like a brilliant and poignant saying.  Of course it makes sense, right?  We are supposed to forgive others, or so says the Bible.  According to the same book we are to be given forgiveness by God if we ask…so it would only make sense that we should be able to forgive ourselves right? Wrong. All of the “forgive yourself” sayings: END_OF_DOCUMENT_TOKEN_TO_BE_REPLACED 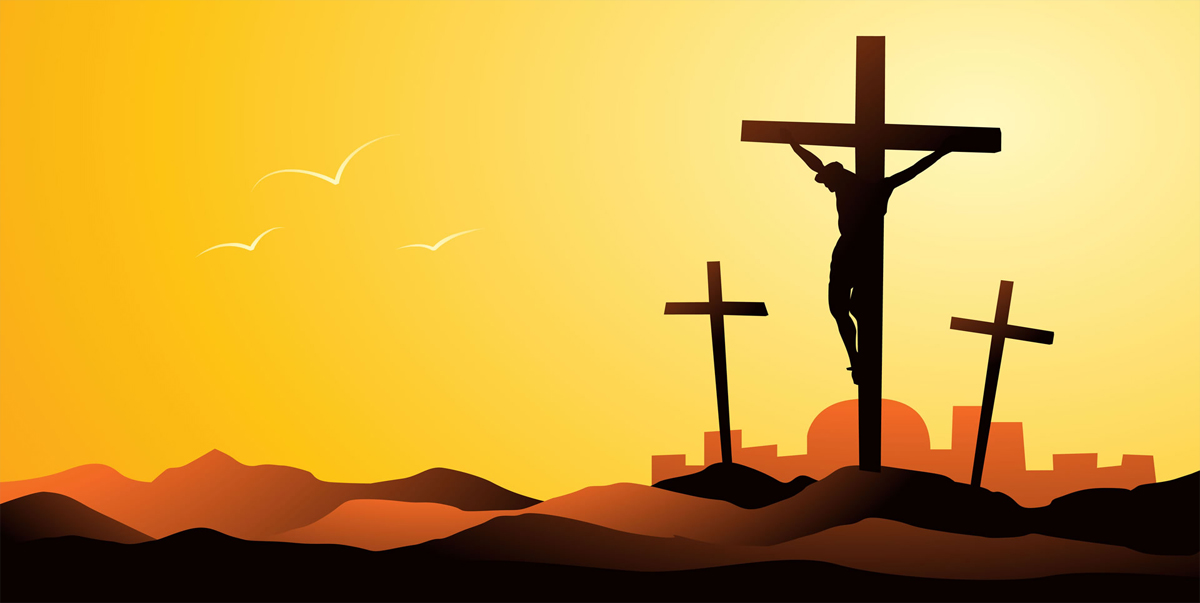 Sermon delivered on May 25th at the North Hills Community Baptist Church. Audio Link (NHCBC.com) Isaiah 53:1-10 New International Version (NIV) 53 Who has believed our message     and to whom has the arm of the Lord been revealed? 2 He grew up before him like a tender shoot,     and like a root out of dry ground. He had no beauty or majesty to attract us to him,     nothing in his appearance that we should desire him. 3 He was despised and rejected by mankind,     a man of suffering, and familiar with pain. Like one from whom people hide their faces     he was despised, and we held him in low esteem. 4 Surely he took up our pain END_OF_DOCUMENT_TOKEN_TO_BE_REPLACED 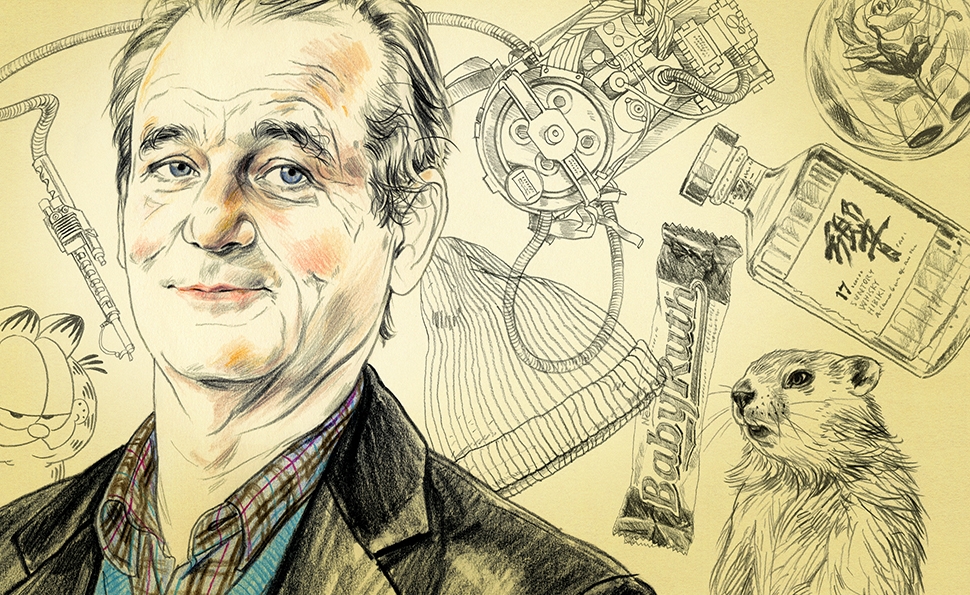 This thread of comments from over at Deadspin is absolutely fantastic!  It was posted in response to Bill Murray’s speech at some random guy’s bachelor party in Charleston, SC.  …enjoy Yesterday 9:13am VeryWell VeryWell> Drew Magary Yesterday 9:13am He’s correct about the traveling together bit- totally revealing. Paddling a two person canoe is a cheaper way to stress test a budding romance, though.   Woodhouse Woodhouse>VeryWell Yesterday 9:18am There’s a reason why residents of Kauai, Hawaii refer to two-person kayaks as “divorce canoes”   VeryWell VeryWell>Woodhouse Yesterday 9:26am Wouldn’t that be something- if there was less divorce amongst Hawaiians because of outriggers. YoHendri YoHendri>VeryWell Yesterday END_OF_DOCUMENT_TOKEN_TO_BE_REPLACED 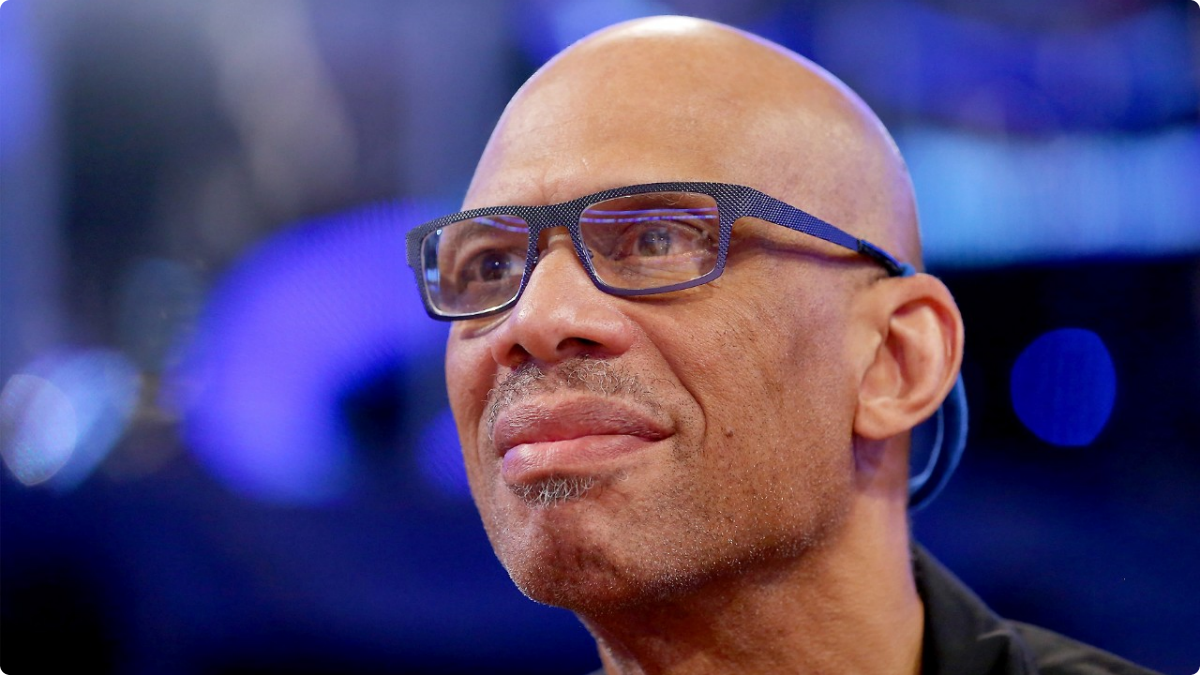 Six-Time NBA Champion Kareem Abdul-Jabbar speaks-out on the finger-wagging being done by the media and asks the exact question everyone else SHOULD be asking:  This was a surprise to you?  Donald Sterling is truly a despicable human being, but this isn’t news.  Why the moral outrage now? Do not get caught-up in Kareem’s politics here, you’ll miss the greater point. Time Magazine Kareem Abdul-Jabbar Moral outrage is exhausting. And dangerous. The whole country has gotten a severe case of carpal tunnel syndrome from the newest popular sport of Extreme Finger Wagging. Not to mention the neck strain from Olympic tryouts for Morally Superior Head Shaking. END_OF_DOCUMENT_TOKEN_TO_BE_REPLACED 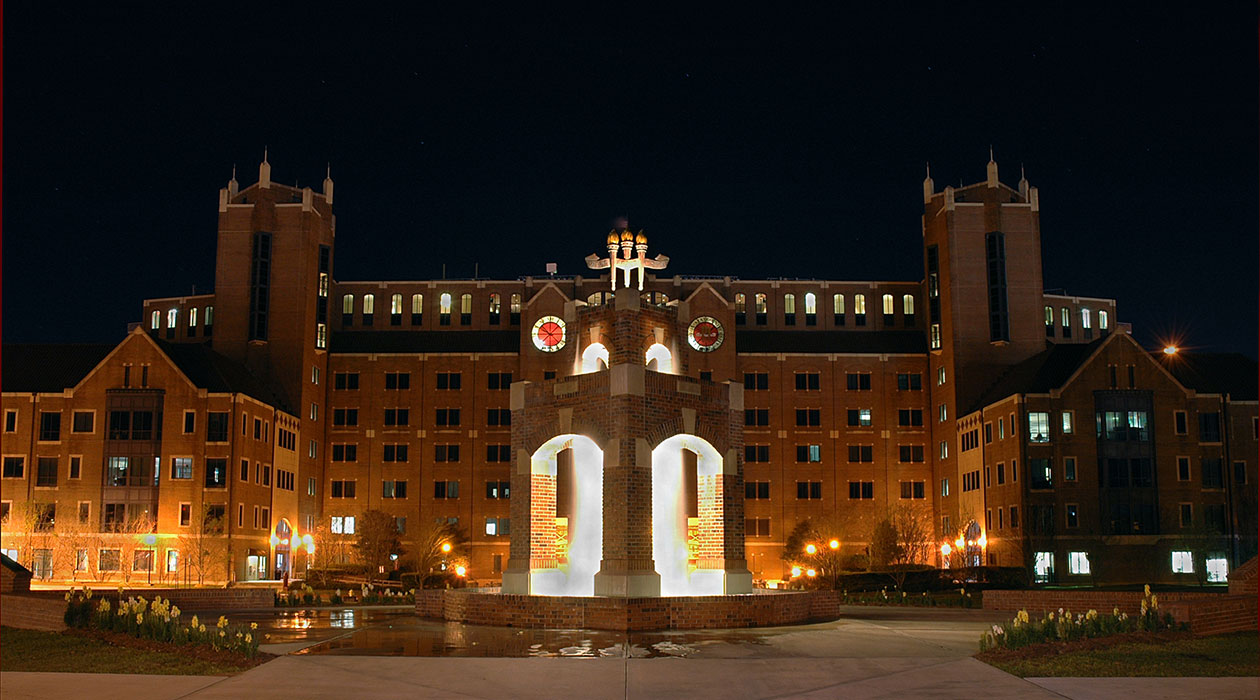 The New York Times… A Star Player Accused, and a Flawed Rape Investigation By WALT BOGDANICH Tallahassee, Fla. — Early on the morning of Dec. 7, 2012, a freshman at Florida State University reported that she had been raped by a stranger somewhere off campus after a night of drinking at a popular Tallahassee bar called Potbelly’s. As she gave her account to the police, several bruises began to appear, indicating recent trauma. Tests would later find semen on her underwear. For nearly a year, the events of that evening remained a well-kept secret until the woman’s allegations burst into the open, roiling the university and END_OF_DOCUMENT_TOKEN_TO_BE_REPLACED 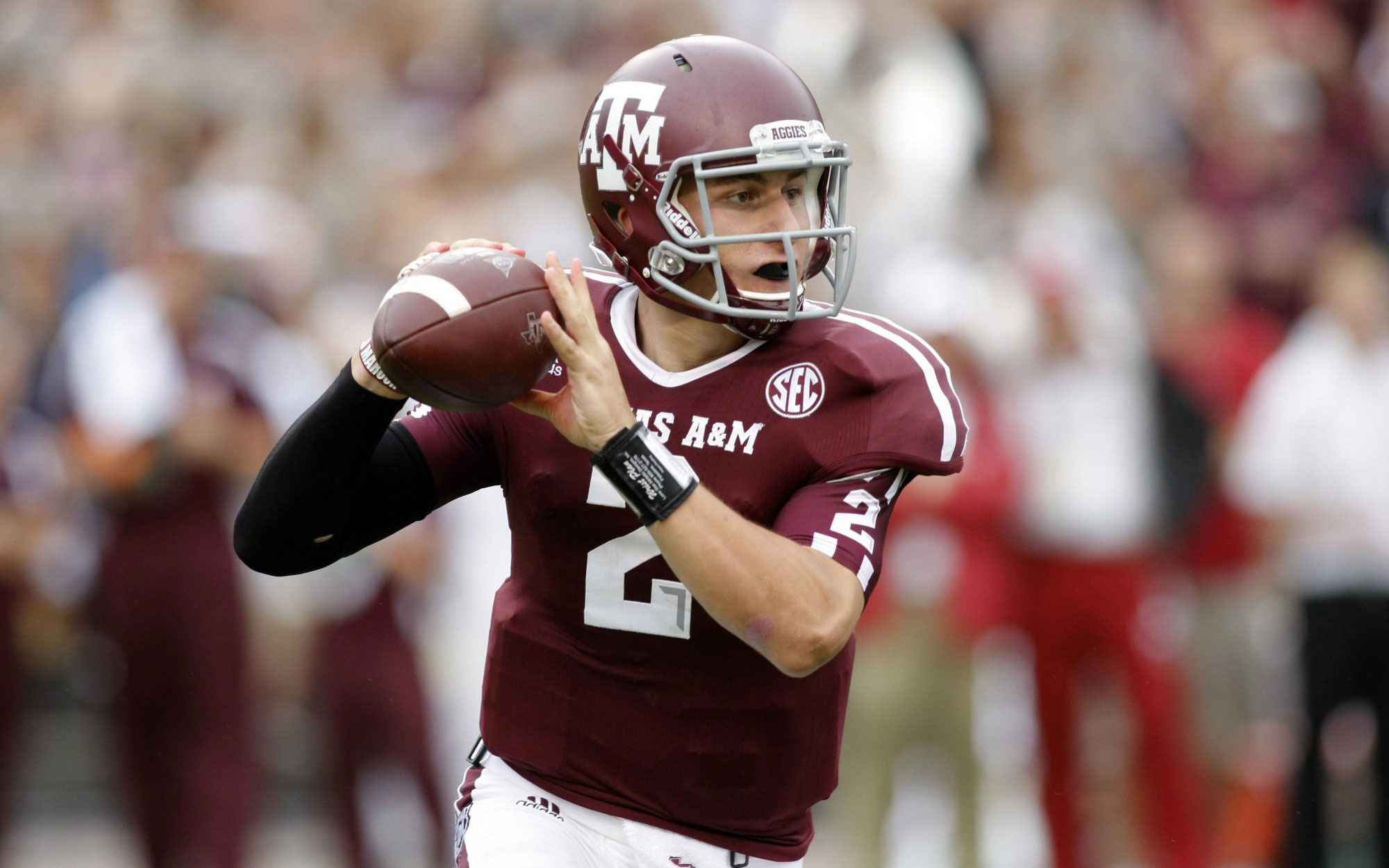 The NCAA needs to figure this out if it hopes to have a future.  Its athletes (in major sports) are not amateurs, they are semi-employed fund-raisers for the school, the conference and the national associations to which the school belongs.  Let’s be clear here, we are talking specifically about revenue-generating sports.  For schools like Texas, Ohio State and Alabama, that major sport is Football.  For Duke, North Carolina and UCLA, that sport is Basketball.  At Tennessee it is football and Women’s basketball. The reality is that the athletes (especially in football) have no choice but to serve their three years before entering the NFL draft. END_OF_DOCUMENT_TOKEN_TO_BE_REPLACED 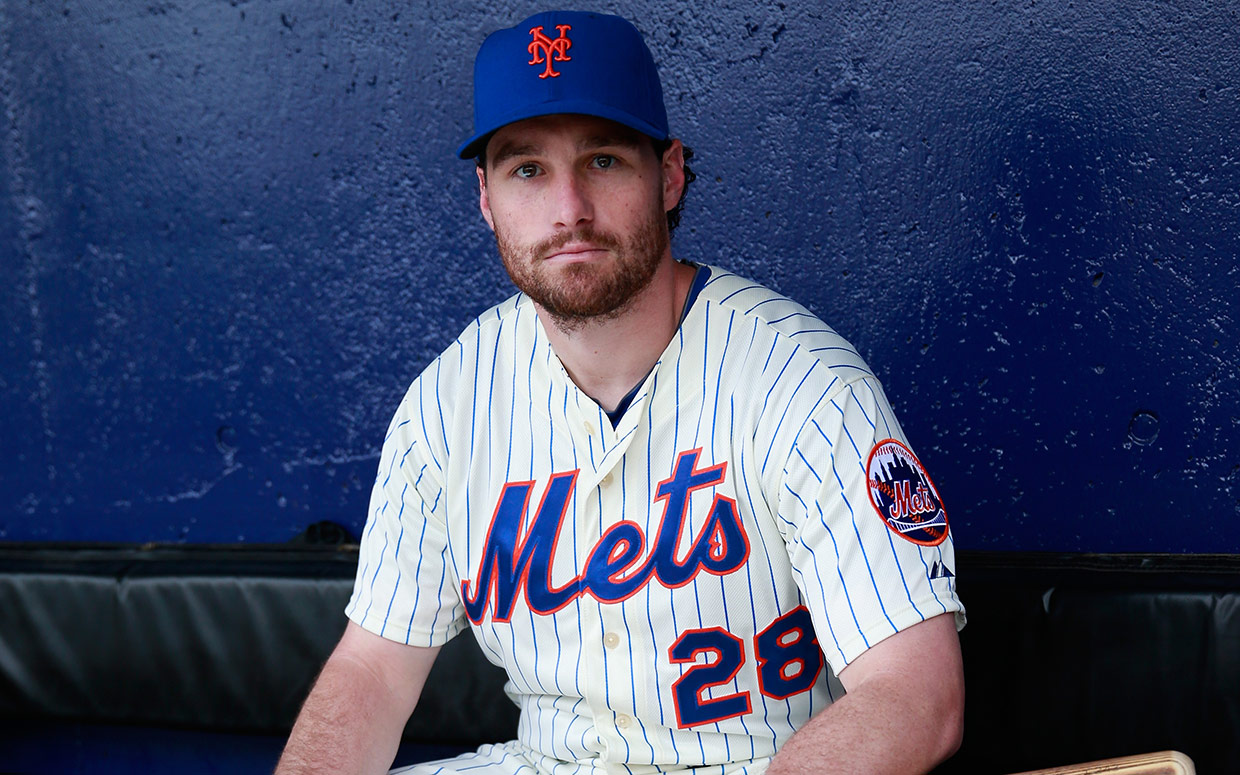 This week it was announced that the New York Mets’ second baseman, Daniel Murphy would be taking a “few days off” in Paternity Leave.  Murphy’s wife, Victoria, gave birth to their first child on March 31st.  This time off coincided with the Mets’ opening day, and predictably the knucklehead fans took to Twitter to voice their displeasure. Yes, we get it, you think “Paternity Leave” is a joke.  Mike Francesa, WFAN sports radio talk show host took to the airwaves to fan the flames and called-out Murphy: I don’t know why you need three days off, I’m going to be honest. You see the birth END_OF_DOCUMENT_TOKEN_TO_BE_REPLACED

Within the context of the Old Testament covenants and New Testament understandings, there comes a conflict when Gentiles and Christian Jews attempt to discern whether the Levitical and Deuteronical laws apply in the new faith and new covenant through Jesus Christ.  It is this conflict that J. Daniel Hays attempts to resolve in his essay “Applying the Old Testament Law Today.”  Hays points out (correctly) that the inter-weaving of ceremonial, civil, and moral laws prohibit an outright categorization based on locale of the scripture.  Hays puts forth a suggested new approach, which he calls “principlism” to help Christians ascertain which elements of the Law pertain END_OF_DOCUMENT_TOKEN_TO_BE_REPLACED

Applying the Old Testament Law Today J. Daniel Hays Bibliotheca Sacra 158: 629 (2001): 21-35.  How should Christians apply the Old Testament Law? Obviously commands in the Mosaic Law are important, for they make up a substantial portion of God’s written revelation. Yet the Old Testament contains many laws that seem strange to modern readers (e.g., “Do not cook a young goat in its mother’s milk,” Exod. 34:26; “Do not wear clothing woven of two kinds of material,” Lev. 19:19; “Make tassels on the four corners of the cloak you wear,” Deut. 22:12).1 Christians violate a number of Old Testament laws with some regularity (e.g., END_OF_DOCUMENT_TOKEN_TO_BE_REPLACED

Forum paper from Church History on John Calvin’s Geneva and the rules by which the city was run… Question: Describe Calvin’s Geneva. Could you conceive of such a society today? Why or why not? Upon his return to Geneva (1541) until his death in 1563, John Calvin sought to institute social and moral reforms within the city. Calvin worked with city officials to pass a series of laws called the Ecclesiastical Ordinances, which established the Consistory, a court of sorts that would oversee these moral and social reforms. Some forms of punishment for breaking the moral code included a public repentance, attending religious services, receiving END_OF_DOCUMENT_TOKEN_TO_BE_REPLACED