By: Ryan Buschmeyer
In: Uncategorized

If Week 1’s results were “incomplete,” then Week 2 is show prep for the meat of the schedule. Conference games will begin in earnest this week. The biggest conference game on the slate will be at 3:30pm EST in Gainesville, Florida. The #1 ranked Alabama Crimson Tide will come calling on the #11 Florida Gators (you can watch the festivities on CBS). The non-conference games are still around, though, Auburn is at Penn State this week, and we have an old rivalry renewed with Nebraska at Oklahoma (not that it’ll be much of a contest…).

Back to the topic at hand though, what did we learn in Week 2?

The NCAA and the football powers are a business. Its very big business, but every once in a while the schools do something very cool and actually remind us what the original intent of the sport was: to be collegial. It used to be that Football was an extracurricular activity that schools enjoyed as “friendly” competition. That was the case this week for the University of Pittsburgh and the University of Tennessee. Johnny Majors served as head coach of those two programs for a combined 23 years. In that time he won a national championship at Pitt, three SEC Championships at Tennessee, and was Coach of the Year four times.

When Coach Majors passed away in June 2020, the two schools decided to brand the previously scheduled game the “Johnny Majors Classic.” This will be reciprocated when the Volunteers visit Heinz Field in 2022. The two Athletic Directors and school branding offices worked collaboratively to honor the late coach who was so instrumental for both programs. 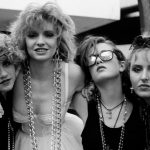 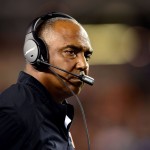 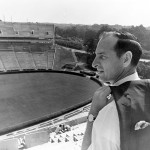