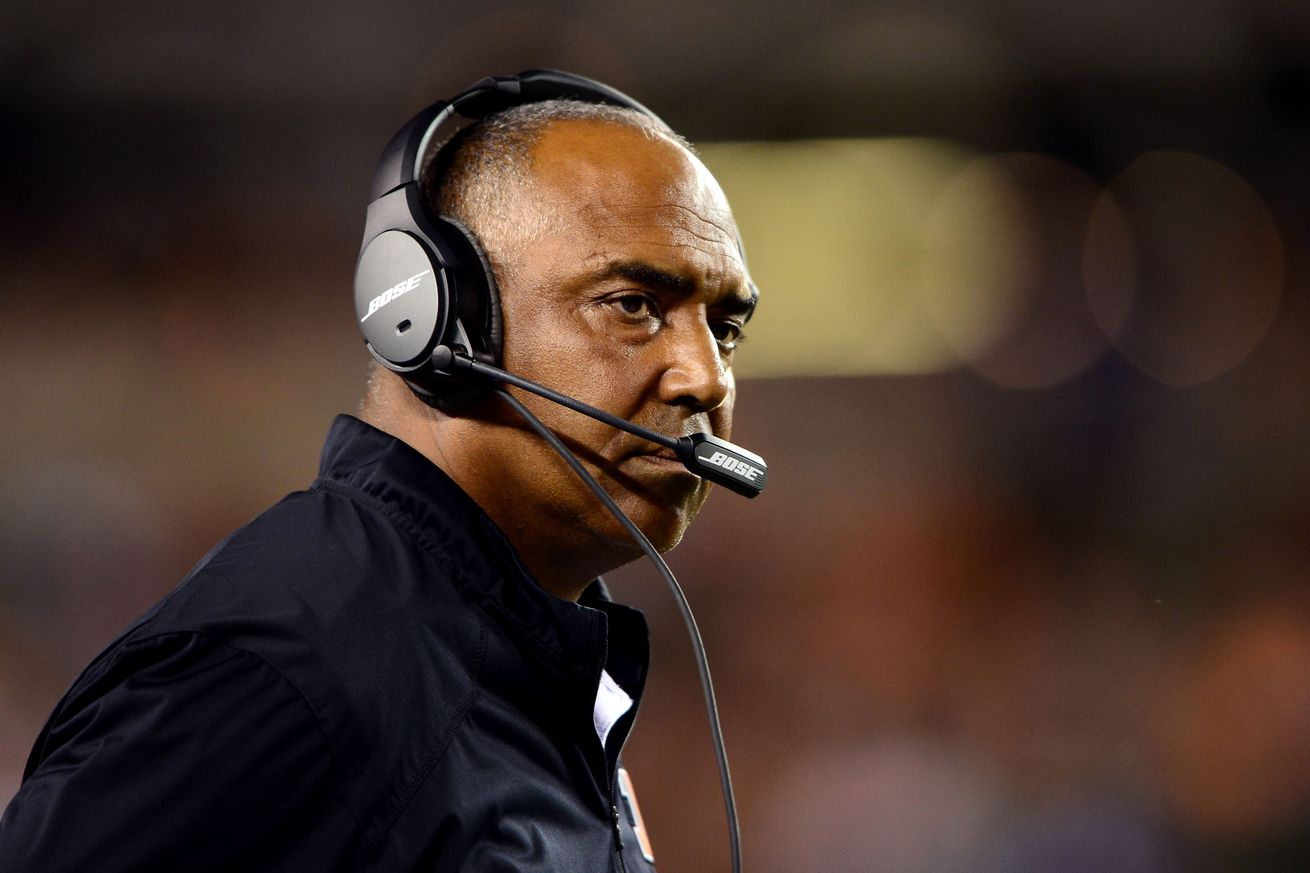 In the Wild Card game last weekend, the Bengals and Steelers both tried their best to see who could be the dirtiest team on the field. The Steelers players and coaches benefited from multiple missed calls to survive the game…thanks to the Bengals’ edging them at the line by committing two of the dumbest penalties ever seen.

Cincinnati fans blamed Joey Porter (on the field when he shouldn’t have been), Steelers fans don’t think anything was wrong other than Wallace Gilberry intentionally bumping Porter.

The problem with the whole thing is that both Marvin Lewis and Mike Tomlin have lost control of their teams…and coaching staffs. Steelers Offensive Line coach Mike Munchak pulled the hair of Bengals Safety Reggie Nelson when Nelson shoved Jordan Todman into the Steelers bench, and Outside Linebackers coach Joey Porter was on the field antagonizing Bengals players after wide receiver Antonio Brown was knocked unconcious by linebacker Vontaze Burfict.

The Bengals, not to be out done, saw Jeremy Hill come off the bench antagonizing four Steelers players after Ryan Shazier knocked Giovani Bernard out of the game with a hit that should have been flagged as a “spearing” penalty. Bengals DT Domata Peko also came off the bench to shove Mike Mitchell while wearing what looked like a cape.

For Tomlin, this seems to be business as usual. The Steelers have always played on the edge of out of control even during the glory days of Chuck Noll. Remember this guy?

Tomlin, as Jason Whitlock of Fox Sports has noted, looks and carries himself like a player…not the Head Coach of an NFL franchise. He’s already been fined $100,000 by the NFL for stepping out onto the field during a kickoff return by Jacoby Jones in Baltimore.

For Lewis, this seems to be the new normal. The Bengals employ a number of players on their roster that came to them with…”baggage.” Adam “Pacman” Jones’s issues with teammates and law enforcement are well-documented.

Burfict was a dirty player at Arizona State and went undrafted in the same NFL that managed to draft Randy Moss in the first round. Both were signed by the Bengals, who promptly build their defense around them.

Why would Marvin Lewis, an extraordinary defensive coordinator, do this? Why would he employ players that he knows are volatile and prone to these types of melt-downs? Additionally, why would he not grasp control over his team in times of crisis?

Fans today tend to forget how awful the Cincinnati Bengals have been under Brown’s ownership, due to the success of Marvin Lewis. After Sam Wyche took the Bengals to Super Bowl XXIII Brown fired the popular coach in 1991. The next 11 years would be the worst collective record in the NFL. Lewis has ushered in a run of success at Cincinnati that it hasn’t seen since Paul Brown roamed the sidelines. Lewis’ 14 years have been amazing…except the playoffs where Lewis is 0-7 (an NFL record).

That Lewis has been successful at all in Cincinnati is somewhat of a miracle given the constraints placed upon him by ownership. The Bengals’ management reads like the Brown family photo album…but so does the Steelers. The difference is that the Steelers employ a General Manager who is NOT part of the family (Kevin Colbert), a Director of Football Operations (Omar Khan) and 15 other “Football Operations” staff who are not part of the Rooney family. This gets better…The Bengals are run by Mike Brown who is the CEO and the General Manager (and gets a bonus for that title), his brother Pete is the Senior VP, his daughter Katie Blackburn is the Executive VP, his son Paul is the VP of Player Personnel, his Son-in-Law Troy is another VP. Nepotism anyone?

Compared to other NFL front offices, the Bengals’ front office reads like the skeleton crew that works Christmas morning at Wal-Mart. Whereas other NFL teams employ an average of 20 Player Personnel staff…the Bengals employ five…FIVE. They have a grand total of four scouts and one scouting consultant (John Cooper, the old Ohio State University football coach). By contrast, here is the breakdown of the Player Personnel departments of the most successful franchises in the league:

…and this is the Bengals

Marvin Lewis is having to coach his team, in one of the most competitive divisions in football, against two of the most successful franchises in the league (Steelers and Ravens)…AND run his own scouting department! All of these other teams have double the number of scouts, and quadruple the staff of the Bengals. Is Lewis also booking his own airfare? Is it any wonder that the Bengals are continuing to have to take chances on players that other teams pass on?

The success Lewis has had has come against a swelling tide of negativity and frugality by the Bengals organization. It remains the most lean operation in the NFL, employing a grand total of 74 staff. The Bengals employ as many Information Technology staff as they do scouts…to run a football team. The Bengals remain the northern-most team in the NFL without an indoor practice facility. When they do need to practice indoors, they must rent the facility from the University of Cincinnati. The NFL team has to rent from the non-powerhouse college to practice indoors.

Mike Brown continues to run the Cincinnati Bengals football team like the year is 1968. When his father, Paul Brown founded the team, the owner and coach was able to do his own scouting and coach…because Paul Brown was a genius and a Hall of Fame football coach…and because the NFL was nowhere close to being the sophisticated machine that it is today. Paul Brown also had an eye for coaching talent finding a young Bill Walsh to coach his offense.

Mike Brown isn’t his father, and the Bengals are woefully understaffed to compete in today’s NFL without cutting corners. The easiest corner to cut is in scouting. Take the players that are good and hope your coach can do something with them.